Again I am posting on environmental issues. It is not that I am a radicalist or a ecologist .. it just so happens that I found some news worth blogging about today and yesterday.

Two things got my attention this week. First the RIO UN + G20 conference, the second one being the Arctic Oil Exploration starting up and getting a significant concern.

The UN summit of G20 on environment came and went... did anyone notice it, is our life about to change? Well yes, but not for the good. The summit seems to end in disappointment, even by the EU commissionary's standards. No firm actions, no true changes in policy. Before the summit started, there were some hopeful and positive pieces published by famous people... based on things like inspiring speaches of a 12 year old kid. (check the good wakeup call for her audience;)

As we all know our cars need fuel. Since the oil prices are only going up, the more inaccessible spots are becoming economical to explore. With that, we finally managed to get rid of most ice on the northpole, making it even more accessible and viable to startup production there.. So some funny examples and some more serious examples of protest and awareness are springing to life. While the Arcticready campaign focusses on one company in mainly one country, all other companies and countries are ramping up for the same actions or are already exploring, thanking that one company for taking most of the heat. 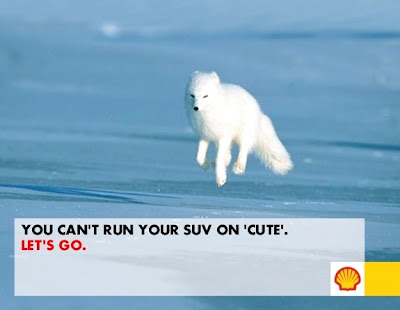 
The oil companies start exploring this month. They have a window of just a few months (2 or 3) to work in this environment. They need to be quick, but they have promising rewards ahead.

What does it all mean? The focus of this UN+G20 summit was on preparing e few new resolutions. In the preparations the UN highlighted 7 areas including
All pretty important, the summit wanted to have a focus on green economy and the institutional framework for sustainable development it seems too much to handle. The NGO's and eco parties have been able to address many problems, but is this not just a bit too much to ask? Shouldn't we focus on just a few areas and finally solve something?

I know what my focus would have been... first resolve irriversable things then go for the other goals. Decent jobs (or: more welfare for more people) are important... but cannot be achieved without all the other things solved. Disaster readiness is nothing if there is a food security dissaster and so on. The above needs to be something that might just need focussing on 1 to 3 items, solve the ocean issue, the energy issue and the food/agriculture issue and the rest can follow. Without solving the first 3 we are not going to make the other areas a succes.

Big thing for us might be to not focus on the current afairs like Shell starting exploration, but focus on the big picture. Do something our whole future depends on.