After years of waiting, after months of searching for a light and after weeks of checking the internet and comparing offers... I went for the CHEAP solution. (It might well be an expensive solution in the end, though... but I'll keep you informed on that.)

The past years I have been hiring and borrowing lights when I needed them. especially when I went on a diveholiday I depended on that. I managed to use a 35 Watt Halogen Magnum most of the time and was pretty pleased by the light it gave. I normally use it for standard spotting but for photographing as well. Then a Halogen lamp still shines! It has great colorspectrum, including much of the hard needed reds and other low-spectrum colors. So my challenge was to find something suitable to replace it... for a budget that was quite minimal, as I also needed to get me a new camera and underwaterhousing. I think I might have succeeded.

The MJ-850 is a cheap lamp, known under many names (MagicShine and others). The common name in the dive fora is Ugly Light. The divelight is produced, as far as I know by Minjun in China and is a 1200 Lumen light, with a SST-50 light source. It uses 5.5Ah Li-Ion batteries and should go 100m deep.

Despite the name and the many posts on flooding the lamp or any types of the lamp family, I bought this just because it is cheap and I have 2 backups. Besides that, if you check the internet you'll find a posting on any lamp type being flooded. This divelight is so very cheap that I thought I just needed to take the risk.

First impressions, on receiving the lamp: 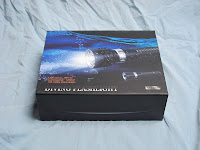 it is quite nicely packaged in a box, containing all the essential stuff, including:
the light itself,
batteries,
charger,
charging tube,
spare o-rings,
wristcord. 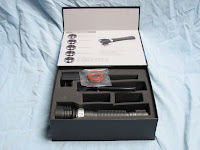 Upon closer inspection, the wristcord will be removed asap, replacing it with something more usefull. The bottom cap contained quite a rough thread, as well. 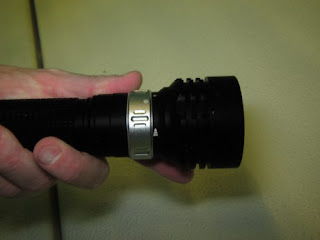 Now, the problem is that it is winter in Holland. So, I do not really have an opportunity to go and dive with this lamp. I went to our local swimmingpool and played around with camera and lamp. I mostly used a lower setting 1/3th power. I had a great dive at 2m max depth but that is no substitute for a real dive. The divelight can be seen in action on this video taken in Norway by Singerii. A review on what is in the box when you receive it can be found on youtube as well. (but you have to be good in foreign languages..) 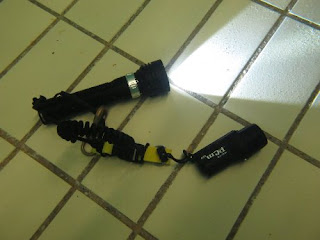 When I have half a chance I will post a proper review on the lamp. The idea was to take this lamp on my journey to Egypt, at the end of March... but I am not so sure this will happen, with regards to the current instability.

I will also update this post with more information and pictures.
Posted by Unknown at 11:43