Myself, I own a 850... but if this coolness would have been available when I bought the lamp, I might have reconsidered.

Ever since I have had my problems with the 850 I have commented with the production company on my desire to have a diffusor on it... so I can take better pictures. Well, in China they listened.

The new AT-810 concept, similar to the previous version has 750 lumen and is hardly changed. Except for one thing: the optional screw-on diffusor.

I have not ordered this lamp yet as I do have a lamp already but I would love to test this. I might just slip in an order for one or two samples. (anyone interested?)

The below pictures are made by the company themselves in a first show of the solution. Simple and effective, I think. 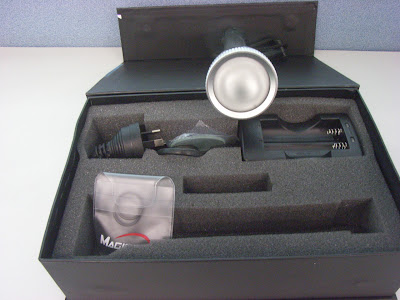 Comparing between the old and the new: 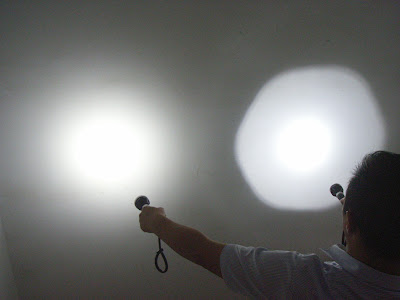 The new lamp with diffusor: 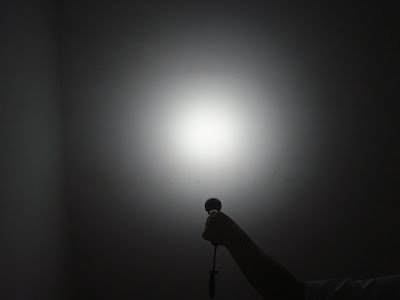 The team in China say they have built the lamp with the original glass remaining, and adding an extra layer of glass that is either frosted or plain. I wonder if it would be doing ok with the heat dissipation with this setup.. but I guess most of the heat is transferred by the metal casing anyway.
On the plus side of this... we might be able to easily include a filter between the two sheets of glass as well.
Posted by Unknown at 12:09

I received a price statement and a confirmation that it is available as of now.

For the price, I am thinking of ordering 2 right now. (low price is in order of 60-75USD excl. tax/p&p depending on how many I order.)

The lamp is so small that it would function perfectly as a backup... but with 850 lumen!

where are you getting this item from please - pls update here..I'll check back. Cheers

You might just want to mail me on that question; contact me on morc66 AT gmail DOT com

I am trying to raise enough people to order these lamps from China. Ordering one or two does not really work. Although the Chinese are really doing a great job if you order one lamp, you'll get customs, relative high postal costs and a lot of communication.